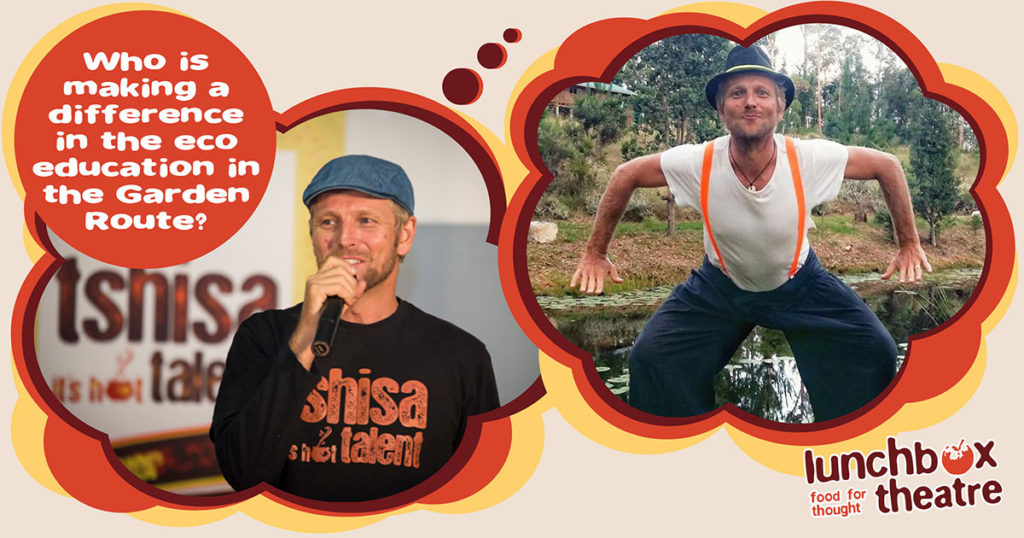 Imagine a growing army of positive young people who are changing our world?

Thanks to Stuart Palmer nearly 130 000 children in the South Western and Eastern Cape have been educated about important social and environmental issues through 600 live theatre shows.

Stuart has been involved in theatre for over 35 years. Whilst at school he won the Best Actor award for 3 years in a row, and in 2001 he was nominated by the Cape Times as the Best Supporting Actor. His passion for theatre turned professional in 2001 and he has not looked back since. He has been involved in many film and theatre productions as actor, director, writer, producer and company director.

Amongst other activities Stuart taught English before destiny intervened and he was appointed as a partner at the helm of Jungle Theatre Company in Cape Town. He gained extensive experience in community and school based theatre for the next 7 years. So, it was only natural that he continue with his passion when he moved to Plettenberg Bay and formed Lunchbox Theatre in 2007. He now combines his life experiences for the benefit of all by managing and growing this development theatre organisation.

Stuart is by nature a very social person with an infectious charm so it is only natural that he has excelled at MCing a wide range of events and functions. He facilitates drama workshops for a wide range of participants from school kids to corporate executives and clients at rehabilitation centres.
He is also an accomplished teambuilder, inspiration leader and fire dancer.  We rely on supporters with fire in their bellies to also inspire and lead the nation towards greater care of our environment and animals.